Rome is the capital city of Italy and it is one of the most ancient cities in Europe. Rome is located in the central portion of the Italian peninsula, on the Tiber River about 15 miles (24 km) inland from the Tyrrhenian Sea. The city of Rome itself has tremendous environmental advantages, which made it easier for Rome to become an important city. Rome is located at the first place that people can easily cross the Tiber River, so it is the natural location of the main north-south road in Italy. The reason you can cross the Tiber at Rome is that there is an island in the river there.
Italy is bound to the north by Switzerland and Austria, to the east by Slovenia and the Adriatic Sea, to the south by the Mediterranean, Tyrrhenian, and Ligurian seas, and to the west by France. It covers 301,308 square kilometers (116,335 square miles), and Rome is located about halfway down Italy's western coast.
Rome is regarded as one of the world's most beautiful ancient cities and contains vast amounts of priceless works of art, palaces, museums, parks, churches, gardens, basilicas, temples, villas, piazzas, theatres, and other venues in general. As one of the world's most important and visited cities, there are numerous popular tourist attractions. In 2005, the city received 19.5 million global visitors, up of 22.1% from 2001.
Since World War II, Italy has evolved from an economy based on agriculture into an economy of industrial ranking, with approximately the same total and per capita output as France and the United Kingdom. Yet, the country remains partially divided by the private companies developing in the industrial north and the public enterprise that governs the agricultural south. 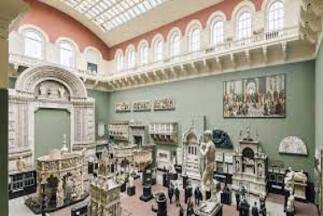 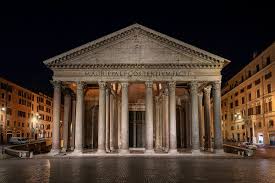